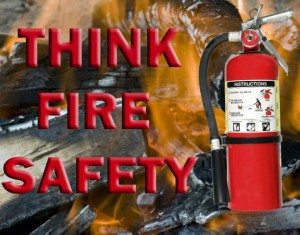 The last week in September is National Chimney Safety Week.

Founded in 1983, the Chimney Safety Institute of America (CSIA) is an educational non-profit organization committed to eliminating chimney fires, carbon monoxide leaks, and other residential chimney-related hazards. Its biggest promotion of the safety of chimney and venting systems, National Chimney Safety Week, takes place during the last week of September every year. The CSIA dedicates itself to educating homeowners, chimney sweeps, home inspectors, and other fire safety specialists about the latest trends in fire safety and prevention technology through press releases and its certified technicians, like those at American Chimney & Masonry. As a company with CSIA-certified chimney sweeps, our employees must do their parts to inform the Greater Portland-Metro area of fire safety and prevention tips, methods, and procedures. We would like to share with you some of the information the CSIA released this past National Chimney Safety Week to make you aware so that you can enjoy a safe fire this winter.

The best fire prevention is an annual chimney sweep

The CSIA chose the last week of September as National Chimney Safety Week to emphasize the importance of scheduling your annual chimney sweeping and inspection before the arrival of winter. Even if you only plan to use your fireplace a couple of times during the holidays, you still need to have your chimney professionally cleaned and inspected by a CSIA-certified chimney sweep. Not only will our certified sweeps remove all of the hazardous and flammable creosote deposits from your chimney’s interior, but American Chimney & Masonry can also determine if any necessary repairs should be made and explain how your chimney works to safely remove smoke from your home. No matter what type of heating appliance you may have, we can be sure it will be safe to use this winter.

Colder temperatures can mean more of a risk for a house fire. Last season’s historic cold weather led to more chimney fires than usual. Reports of chimney fires began in late October 2013, and three serious chimney fires in Indianapolis, Kansas City, and Oklahoma City caused the CSIA to create a special brochure, “After a Chimney Fire,” in early 2014 for firefighters to give to victims of chimney fires they have been called to fight.

Don’t Give Your Chimney the Cold Shoulder

As the 2014 theme of National Chimney Safety Week, the CSIA is focusing on educating the public about how important it is to not neglect your chimney and to schedule an annual chimney sweeping and inspection in the fall by a CSIA-certified chimney technician. Without that certification, you cannot be sure the technician knows what the three levels of chimney inspections are.

To schedule your annual chimney sweeping with a trusted CSIA-certified chimney company, contact  American Chimney & Masonry. We will guarantee you a safe and clean chimney.