Need to Replace Your Chimney Liner? 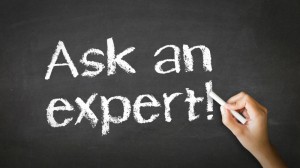 Do you think your chimney liner needs to be replaced? Don’t hesitate to ask for our expert advice.

There are a lot of different performance and safety issues that can be improved or removed by relining your chimney with a properly sized, properly installed new liner. When American Chimney technicians inspect your system, we’ll always check for liner issues and let you know if we find damage that needs attention. But if you’re experiencing performance issues — smoking, weak draft — give us a call. It’s possible that liner problems are the culprit, and American Chimney technicians can tell you if it’s time to replace your liner.

When An Existing Liner Is Extensively Damaged

Chimney liner damage happens for a lot of different reasons. Leaks and settling can lead to tile liner cracks and erosion. Aluminum liners can wear down over time. Lightning strikes or seismic activity can damage the chimney along with the liner. Our experienced technicians can tell you if damage is rendering your liner ineffective or unsafe, and if relining is the best next step.

When A New Appliance Is Installed

Heating appliances are designed to vent through a chimney of a specific size. If you have a new appliance installed — like an insert or replacement pre-fabricated fireplace or stove — there’s a good chance your flue will need to be resized to effectively and efficiently vent that appliance. Adding a new stainless steel liner of the proper size is the best way to do that. American Chimney techs often enough find that performance issues lead back to a flue that wasn’t resized when a new appliance was installed. We’ll always check for proper flue sizing during an inspection (and account for it during appliance installation), but call us if you’re noticing chimney performance problems.

After A Chimney Fire

Few clay tile chimney liners will survive even a confined chimney fire without developing vertical cracks that render them highly ineffective. If there’s been a fire in your chimney, odds are a relining is in order. But you may not even be aware that a fire occurred — sometimes creosote ignites in a flue and extinguishes relatively quickly, before a homeowner even knows the fire has happened. American Chimney technicians discover that the fire occurred by finding those liner cracks during an inspection. The best way to avoid those creosote fires? Make sure your chimney is getting swept regularly.

Those are just a few of the reasons American Chimney & Masonry technicians end up relining chimneys. If you have any questions about relining or your chimney liner, just give us a call — we’re always happy to help!