Teaching Your Children About Fire Safety

The U.S. Fire Administration reports that more than 18,300 Americans are injured and more than 3,500 die in fires each year. A major cause of residential fire injuries and deaths for children younger than ten is playing with a heat source such as a match or lighter. Parents should teach their children about fire safety to keep the youngsters from becoming statistics. 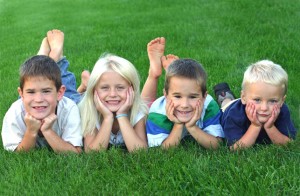 Children under age ten represent 38 percent of injuries and 93 percent of deaths in residential building fires caused by playing with a heat source. Children younger than five are typically curious about fire and represent 52 percent of all child fire deaths. Children may play with fire in their bedrooms or in a closet and those younger than five may not be able to escape a fire without help.

Parents should teach children about the dangers of fire and discourage fire-setting behavior. They should check under beds and in closets for burned matches that indicate the youngsters could be playing with fire. Lighters and matches should be kept in a secured cabinet or drawer and children should be taught to report fire starting materials they find elsewhere.

Every family should develop and practice a home fire escape plan that includes an escape route and designated meeting area outside the home. Youngsters should be taught that fire is hot, fast, and deadly and should not be considered a toy. They should also be told that firefighters are friends to turn to during a fire.

Teaching children to stop, drop, and roll if their clothing is on fire and showing them how to crawl low to the ground below smoke can save their lives. Children should learn what a smoke alarm looks and sounds like and adults should regularly test and replace these essential devices. When fire safety becomes part of the household routine, the entire family benefits.