The Importance of Chimney Relining

A chimney is much more than a gaping hole to the world and its construction is particularly important. Chimneys are lined with clay, metal, or ceramic material designed to protect their walls and contain and direct combustible material to the atmosphere. State building codes vary but most states have recommended use of a chimney liner since the early part of the century and current fire codes mandate their use. 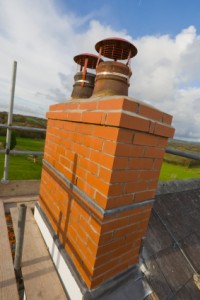 The National Bureau of Standards conducted extensive testing of masonry chimneys during both the 1940s and 1980s. Researchers noted the many safety hazards of an unlined chimney. In their words, building an unlined chimney was “little less than criminal.” Not only does the liner protect the masonry from corrosion by the combustible materials, it also protects the home from heat transfer to these materials.

This testing revealed that an unlined chimney permitted such rapid heat movement through the area that adjacent woodwork could catch fire in just 3 ½ hours. Flue gases are acidic, so they can also erode mortar joints on the chimney interior. This transfers heat to nearby combustibles and allows carbon monoxide and other harmful gases to escape into living areas.

A chimney inspection reveals whether the chimney lining is worn, damaged, or nonexistent. It also verifies that the flue is correctly sized for the appliance. The correct liner provides a flue that enables optimal operating efficiency of the fireplace, wood stove, or furnace. An incorrectly sized liner may contribute to excessive buildup of creosote or carbon monoxide production.

If the liner is damaged or has worn away to unsafe levels, replacement is recommended to prevent these and other potentially dangerous situations. Chimney relining is an inexpensive process especially when compared to the damage that an improperly lined chimney can do. A newly relined chimney meets modern standards for safety, providing peace of mind.