Chimney’s have several measures in place to help prevent unwanted items and wildlife from entering the chimney as well as preventing warm air to leave the home when the chimney is not in use. One major part of this equation, especially where air leaving the home is concerned, is the chimney damper. There are two basic kinds of dampers, top mounted dampers and throat dampers, and you are about to get a crash course in both of them! 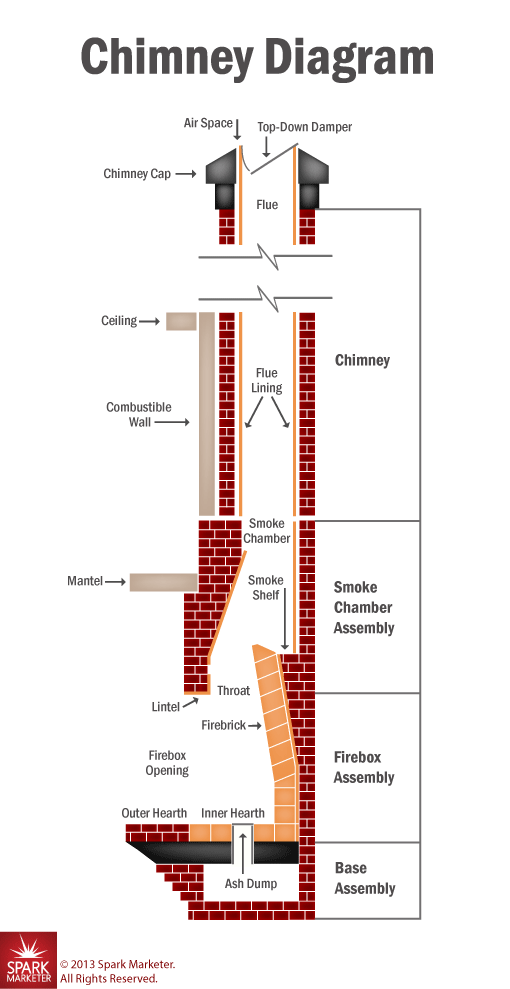 More often than not, this type of damper is installed when the original damper has seen better days. They are efficient, virtually air tight, and commonly used in repair. This type of damper often has a rubber-type seal that is not only effective in keeping out wildlife, but also prevents insects from getting into the home in the summer through the chimney flue. Some have a spark arrestor screen and some are constructed like a standard chimney cap and will keep the rain out even when open.

Unlike the top mounted damper, which is obviously located on the upper end of the chimney, the throat damper is located more towards the fireplace – often called a “fireplace damper” (see below). These are commonly used in new construction and are the preferred damper of many professionals. The reason for this is that unlike the top mounted damper, a throat damper will close off the chimney at its base, meaning the cold air that can gather in the actual chimney will not have access to the home when the chimney is not in use. Unfortunately, when damaged or past its lifespan, the throat damper can be very difficult and expensive to fix or replace.

What is a fireplace damper?

When talking about chimneys, a fireplace damper is simply a plate that you maneuver to stop or regulate airflow inside your chimney. The damper is used to close off the chimney flue and keep rain, birds and other small animals out and the heat inside your home. Most of the time dampers are closed for the summer so the cool air from your air conditioning unit doesn’t escape out of the chimney but can be closed between uses in the winter.
Fireplace dampers can also be used to regulate and control the rate of combustion of your fire by regulating the flow of oxygen. Most dampers are accessible by reaching up into the firebox with a poker but there are some that have an easy to reach lever that sticks down or out of the fireplace. All wood burning appliances have dampers including wood burning stoves so make sure you know where the damper can be controlled if you use one of these devices. If you don’t, you can easily fill up your home with unwanted smoke that can cause property and lung damage as well as a potential fire. The bottom line is to know how your entire fireplace works including the damper so you can avoid any unwanted accidents.

See What is The Purpose of a Spark Arrestor

As a homeowner, the choice is yours. For many, the year round climate dictates what type of damper they will use when it comes time for repairs. While the top mounted damper is less costly, it still allows the air that is chilled through the brick to have access to the home. Still, the construction of the fireplace will determine which type of fireplace damper is the most feasible solution, and often the top mounted damper is the sensible choice.

Located right here in Portland, Oregon, our chimney sweep technicians provide the best in chimney services, fireplace installation and chimney inspections in the Portland-Metro area. From NE Portland down to SE Portland, Tualatin and Oregon City in the south, from Pleasant Valley in the east to Beaverton and Sherwood in the west – when it comes to your chimney, fireplace and vents, we hope you’ll call American Chimney & Masonry! We are the most trusted Portland Chimney Repair company! 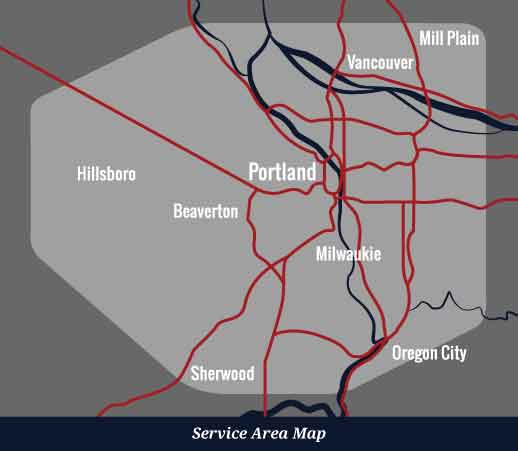